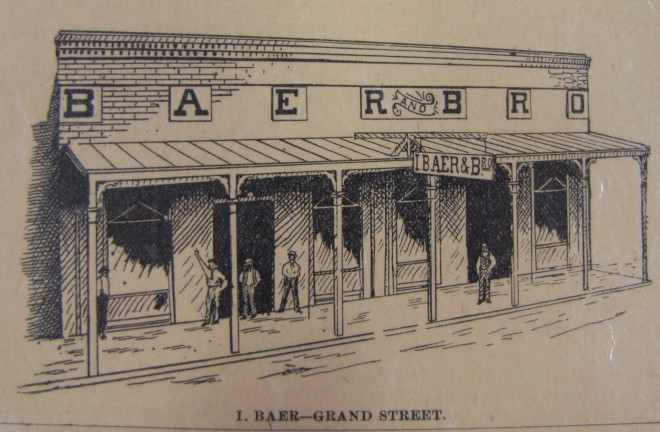 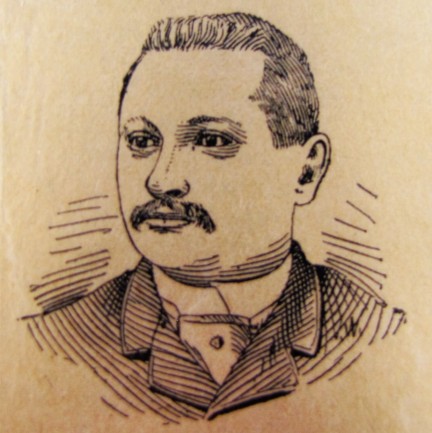 The above building once sat where the Monroe Hotel building now stands on South Grand.  The man who built it, Isaac Baer, was profiled in the Worlds Fair Edition of the Monroe Evening News in 1893:

One of the finest stores on Grand street, is that of the above named gentleman, the line of business represented, being general merchandise.  A native of that “debatable land,” Alsace, he became a resident of Monroe in 1873, and clerked in the establishment of H. King until the year 1880.

At this time, having accumulated a little capital, he went into business at Oak Ridge, a small place in a neighboring parish, and in this place from a small beginning, built up a fine business.

However a man with the good judgment, and “breath of view” possessed by Mr. Baer could not fail to see that the advantages that Monroe offered for business were much better than any small place could present, and acting on that conclusion, he, in 1878, moved back to the Parlor City.

Opening out on Grand street in a commodious store room, he has spared no effort, on his own part, or on the part of his affable sales-[  ] to please the public, and that he has succeeded in his laudable desire, is abundantly exemplified by his large and steadily growing trade.

Twenty years’ experience is almost equivalent to the doubling of Mr. Baer’s already ample capital, and we are perfectly safe in predicting for the firm of I. Baer, a future of unexampled prosperity, and a business increased to mammoth proportions.  His sales last year reached an aggregate of $75,000.

Mr. Baer’s prominence in business, is fully equaled by his popularity socially, and in fraternal circles he is equally esteemed being a valued member of the B’nai Brith, and the Legion of Honor.

Isaac eventually moved on to New York and died in 1922.

Genealogy librarian with 25 years experience in the library field. View all posts by ouachitaparishhistory